EFFECT OF BACKGROUND INFLUENCES ON OUR MARRIAGES 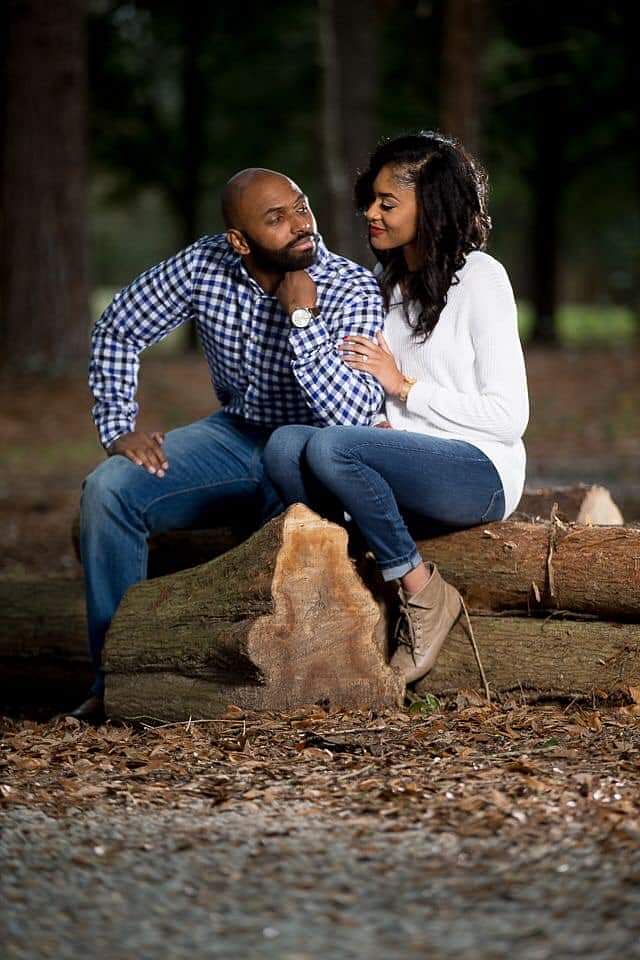 According to gist by my late grandma, marriage was arranged during their days. She said most times you don’t get to meet your husband to be until few days before your wedding  that is if you are lucky. ⁣

⁣Else you only get to see him on the d-day but you would have been seeing the message bearers and his family representative. Their parents made the decisions. ⁣

⁣I inquired as to how the  parents  decide which person was best for their child since they are the ones doing the match making. ⁣

⁣She said the girls family secretly goes to make enquirers about the boy’s family. They check for things like history of any form of deformity, generational sicknesses, madness, leprosy, e.t.c and values that matter to them.⁣

⁣The suitor is the last they inquire about because they belief, he is just as good as the family he hails from. Once the girls parents are satisfied with their findings, they give out their daughter. ⁣

⁣The boy’s family would have done theirs before sending out a proposal to the girls parents too.⁣

⁣Despite the fact that two people who barely knew each other are forced to marry, you will agree with me marriages in those days lasted longer than the sorry case it has become now. Despite months and years of knowing each other.⁣

Our generation needs to borrow a leaf from our grandparents time. They understood our family history or background had a major influence in mounding us into who we are. Hence they focused more on the family background.⁣

⁣We need to do our background checks to be able to fully know our spouse. Whether we like it or not, the families we hail from have a direct influence on the way we behave and who we eventually become.⁣

⁣Especially for those still struggling to understand their partners. You might need to go back to do your background check. ⁣

⁣Let me explain further with this scenarios ⁣

Hakeem is a high profile executive who married the love of his life Lola. They were so happy together. ⁣

⁣The challenge was that Lola barely knows how to cook and throws tantrums when she is not having things her way.⁣

⁣Submission was a serious challenge for her. This is more than enough to start trouble in paradise right? ⁣

⁣But It did not. Because Hakeem knew his wife’s background as the over pampered daughter of a rich family.⁣

⁣That she had rose to the peak of her career when they  met didn’t help matters at all. Her background plus being the boss fueled her annoying attitude of always having things her way. ⁣

⁣Hakeem was able to accommodate, be more patient with her as he helped her change. ⁣

⁣Today Lola is a fantastic cook, she is more patient and and she rarely throws her tantrums because her husband ends up making jokes out of them ⁣

⁣Sumbo was a hustler for as long as she can remember. She saw herself through the university  because her parents couldn’t afford it.⁣

⁣Infact she was paying school fees for two of her sibling even as a student. Sumbo married a fine young man who was a little above average financially.⁣

⁣Sumbo always seem to get things done for the family without telling or asking for her husband’s  opinion or his input.⁣

⁣It is even worst when it has to do with her personal affairs. They were both in the room when his wife was frantically making calls to raise funds to replace her stolen car. ⁣

⁣Any other man would be offended his wife was shutting him out. It could be interpreted as pride.⁣

⁣Instead, kola made it a point of duty to constantly remind her “babe, you are married now. Stop trying to fix things on your own. Let me take care of you”.⁣

⁣He could do this because he understood her background. He understood she had been the go to person in her family. ⁣

⁣Maureen initially felt offended by her husband’s irritation when she used his things. Mundane things like using lhis bathroom slippers would upset him. ⁣

⁣Even on their bed, he marked his pillow  so he could always identify his own. He very rarely use any of her things and expected she does same too. He also expects to meet his  things the exact same way he left it.⁣

⁣So much that he made a lot of fuse when Maureen had refused the idea of them staying in separate rooms. ⁣

⁣Maureen understood the problem. Her husband Emeka was an only child who always had his space to himself and didn’t have to share his things with anybody. ⁣

⁣He had his own room as a child and even lived in a single room dormitory throughout his stay in the university,⁣

⁣Emeka’s attitude  could make any woman question a lot of things in their relationship. But Maureen understood having somebody in his space was foreign to him hence the resistance.⁣

⁣Those 3 scenario are real life experiences by the way. I only changed their names.⁣

⁣Those always been suspicious of everyone’s motive could be as a result of the hostile polygamous home they grew up in.⁣

⁣A person raised by a single parent would most likely have different experiences from his/her spouse that was raised in a proper family.⁣

⁣We are all results of our background  influences which differs according to the dynamics in each family.⁣

Nobody got to chose the family they were born.⁣

⁣If we had a choice in the matter, I bet everyone of us will chose to come from a family with the perfect family values, morals and all. ⁣

⁣Even at that, we will most likely still see difference  in influence due to the dynamics unique to every family. ⁣

⁣Because what is considered a taboo in your own family could be the norm in the family of your spouse.⁣

⁣Does understanding the fact that your spouse’s negative tendencies are results of them being victim of their background mean it won’t hurt you when they exhibit those negative influences?⁣

⁣Of course you will be hurt. Many times over too.⁣

⁣Acceptance of who they are, empathy Knowing they made use of the resources made available to them; if they knew better they will act better. And unconditional love expected in marriage should douse the hurt as it occurs.⁣

⁣So should you endure the negative influence  of your spouse background for the rest of your life?⁣

⁣The answer is No. ⁣

⁣However, the onus is on you to lovingly bring your spouse to the place of awareness without accusing, shaming or being judgemental. ⁣

Where he or she can see the negative influence on their behavior and how it is affecting your relationship and marriage.⁣

⁣The aim is not to be judgmental or condemning. ⁣

My people say “ a kin ti iwaju onika mefa ka”. The literal meaning is you don’t stand in front of a person with 6 fingers and begin to count his fingers. That will be insulting when you know having 6 fingers is an abnormal.⁣

⁣The objective  is to help you understand them better and to love them better.⁣

⁣Love and empathy will empower you with the endurance to walk through the unpleasant process of reformation.⁣

⁣Albeit, a 2 or 3 decades of influence from a person’s background won’t just vanish in a year or two. ⁣

⁣As you journey back to your spouse’s background. It important that you do yours too. There is no self righteousness in this matter.⁣