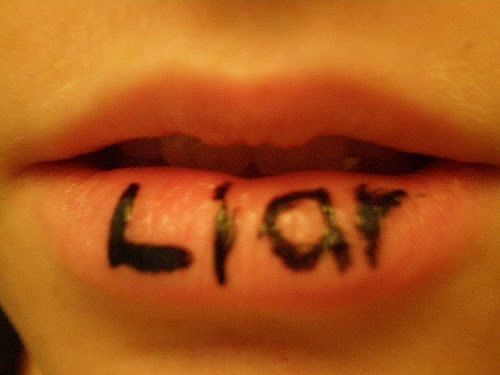 People resort to lying for so many different reasons that it’d be impossible to list them all. However, of the most common motives for telling lies, avoiding punishment is the primary motivator for both children and adults. Other typical reasons include protecting ourselves or others from harm, maintaining privacy, and avoiding embarrassment, to name a few.

Sure, lying sucks and no one likes being lied to that much we know for sure but sometimes it happens for good reasons. Lying is something that everyone does or has done in their lives and well, it’s not something we can necessarily avoid entirely.

1. To prevent hurting someone’s feelings:  Sometimes people lie because they think hearing a lie will hurt someone less than hearing the truth. They care about this person and don’t want to upset them so they withhold the truth. While it’s wrong, it is seemingly justifiable.

3. To fit in more properly with those around them: We all just want to fit in and well, sometimes for that to happen we feel like we need to change. Some people will lie about the things they like and who they are to make other people like them. While being yourself is important sometimes it might not feel like it.

4. To make themselves look better: We all want to look good in the eyes of others and for some, the only way they think that can be done is through lying. They lie about themselves and try to make themselves sound better than they are. This in many ways makes them feel like they’ve accomplished more than they have.

5. To avoid feeling awkward: In some cases, other people can make us feel so awkward that we feel the need to lie in order to avoid that feeling of awkwardness. I know, this is a bit odd but it’s quite true. I’ve been in situations like this before when I was younger.

6. To make someone look bad: Mean people like to make other people look bad. They will lie about them and make people dislike them. While they do this for their own reasons, it can take a serious toll on someone’s status overall and is not something that should be happening.

7. To cover for someone: Many times we end up lying because we want to help cover for someone else. For instance, if your friend snuck out you’d say he or she was with you even if perhaps they were not. This can be a good and bad thing depending on the situation but it’s also something we should keep in check.

8. To keep other lies in check: Sometimes we lie to make sure that other people’s lies either don’t add up or do add up. This depends on what your life is going like and what you’re doing overall. While it’s especially terrible, it happens all too often.

9. To feel better about themselves: Human beings want to feel great all the time and sometimes they feel like lying is the way to do that. They lie about who they are and what they’ve done in order to feel better than other people. They just want to feel accomplished and well, for some they go about it in the wrong ways.

10. Just because they want to: In some cases, people lie just to lie. Chronic liars are very real in this world. They might not have any reason to but they still go out of their way to try and get one over on you.

11. To get more attention from others: We all love attention and sometimes getting the attention from the people we want attention from isn’t as easy as it should be. We feel like we have to lie to keep their interest and honestly, that’s a waste of time. Eventually, the lies will come out.

12. To maintain a sense of control: Sometimes people lie in order to feel like they’re in control of things. They want to lie to be the one holding the real information as a whole. This is serious deception and should not be tolerated.

13. To avoid being or feeling embarrassed overall: We all feel embarrassed from time to time but in some cases that can be avoided with a lie. Sure, lying is bad but some people are willing to do it to avoid hurting their ego or something else of the sort. I know, this might not sound like a big deal but it can be.

14. Impress: As a way of trying to impress others and cause a better impression, a person might lie about who they are, what they have done, or where they are going

15. Bored: Some people like drama in their lives. So they lie to stir it up and watch the reactions of other people. Yes, there are people in this world who lie to hurt others. Rather than avoiding hurting themselves, they go out of their way to hurt the people around them. These kinds of people are horrible and they do not deserve our time or efforts in life or in love.

16. Habit: After a period of time and done constantly enough, bad habits can form. This is true for some lies that are said over and over.

17. Fun: Some people lie as their form of private entertainment. For them, lying is fun because they like to watch how others respond.

18. Desire: A person who wants a lie to be the truth has a deep desire to believe their misperception.

19. Harm: People who want to harm others undecided, lie about who they are and what they are doing. This is a common tactic during the abduction of others.

20. Sympathy: On occasion, a lie boils down to a person being lazy and not wanting to do the work, so they lie about it.

Do we really want to know if someone is lying?

In most cases, there’s no quick or easy way to detect deception and, even if there were, we might not like what we discover.

So, while people often claim to want to know the truth, there are many instances in which it is more comforting to believe the lies. In these circumstances, we tend to ignore deception clues and excuse otherwise suspicious behaviors to avoid the potentially negative consequences of uncovering the lies we’re told.